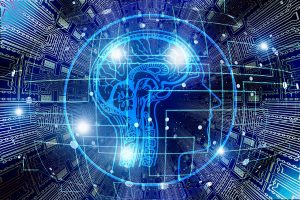 When we think about the meaning of the word science , a lot of things come to mind. And it is perhaps because defining it is quite complicated. In this article we will try to clarify the subject a bit, at least mention some of its characteristics.

Establishing a single definition for the word science is complicated. Despite this, in a very general way it can be said that science is a set of knowledge that seeks to discover and explain the world around us . Besides that, we must bear in mind that science is a human activity and that it has its own characteristics.

When you watch television or read an article in newspapers or magazines, you may have observed the number of times the word “science” appears. A very common phrase is ” scientifically proven product “, it seems that this characteristic gives the product a certain important air, revealing an indisputable and irrefutable authority.

With regard to the natural sciences , many examples can be cited. Galen believed that the blood in the body did not carry out a movement in two circuits as we know today, but rather that it was a movement of the blood within the venous system. According to the hypothesis presented by him, the arteries did not contain blood, but air. In addition, blood was generated in the liver from food. Today we know that blood circulation is not in this way, but for this many years of discoveries had to pass. Therefore, we conclude that as knowledge is enriched, the answers improve and some ideas are discarded. 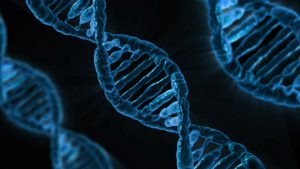 The science is provisional and perceptible , or what is considered today as valid may be that in the future not. And thus, the intervention in the world is more and more effective and more profound.

Reliable , since although at certain times the way of observing and explaining nature is in one way and then it can change, it does not mean that we cannot trust it.

For this reason it is very important to bear in mind that science is dynamic and susceptible to being modified. 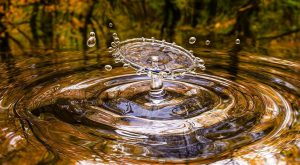 America has one of the most important water reserves in the world . But despite that, its distribution is uneven and it also has quality problems, that is, not all of it can be suitable for human consumption.

A study carried out by the University of Buenos Aires , through the Center for Transdisciplinary Water Studies , who analyzed the conditions of water for human consumption in Latin America; heralds one of its main problems: the average rainfall is 1,600 mm per year and it can be very scarce or very abundant. The Amazon is the largest river in the world, but the Río de la Plata, the Orinoco, the Paranaiba and the San Francisco also have more than considerable sizes. The average discharge in South America for the period 1921 – 1985 was estimated at 12,000 km2 per year. In the region there are very large and productive aquifers, lakes and reservoirs, but the high population density in certain areas and the lack of treatment of human discharges entail pollution problems.

The legal definition of drinking water is to provide a list of compounds and associate them with a tolerable level . From a practical point of view, the amount of selected substances should be limited. In the laws of the different countries they are considered between 80 and 130, despite the fact that the number of synthetic compounds that man handles is greater than 70,000 and for many of them the degree of toxicity they have is unknown. In this way, even when a water can comply with the drinking water standards, it cannot be guaranteed that there is no other contaminant.

It is known that in many regions the water consumed comes from the same bodies of water in which sewage and industrial waste are dumped. Which has as a consequence the concentration of different polluting elements that far exceed the figures considered dangerous.

It is very important to promote sustainable water consumption , which is based on long-term planning of available water resources and which is a good supply of water qualitatively and quantitatively appropriate for development.

In addition to being a large aquifer reserve, wetlands are important ecosystems for hydraulic processes, since they make it possible to recharge aquifers, favor the mitigation of floods and coastal erosion.